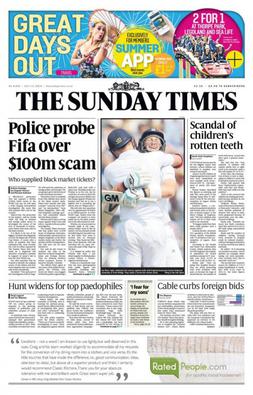 The Sunday Times is a British newspaper whose circulation makes it the largest in Britain's quality press market category. It was founded in 1821 as The New Observer. It is published by Times Newspapers Ltd, a subsidiary of News UK, which is owned by News Corp. Times Newspapers also publishes The Times. The two papers were founded independently and have been under common ownership since 1966. They were bought by News International in 1981. The Sunday Times has... Wikipedia