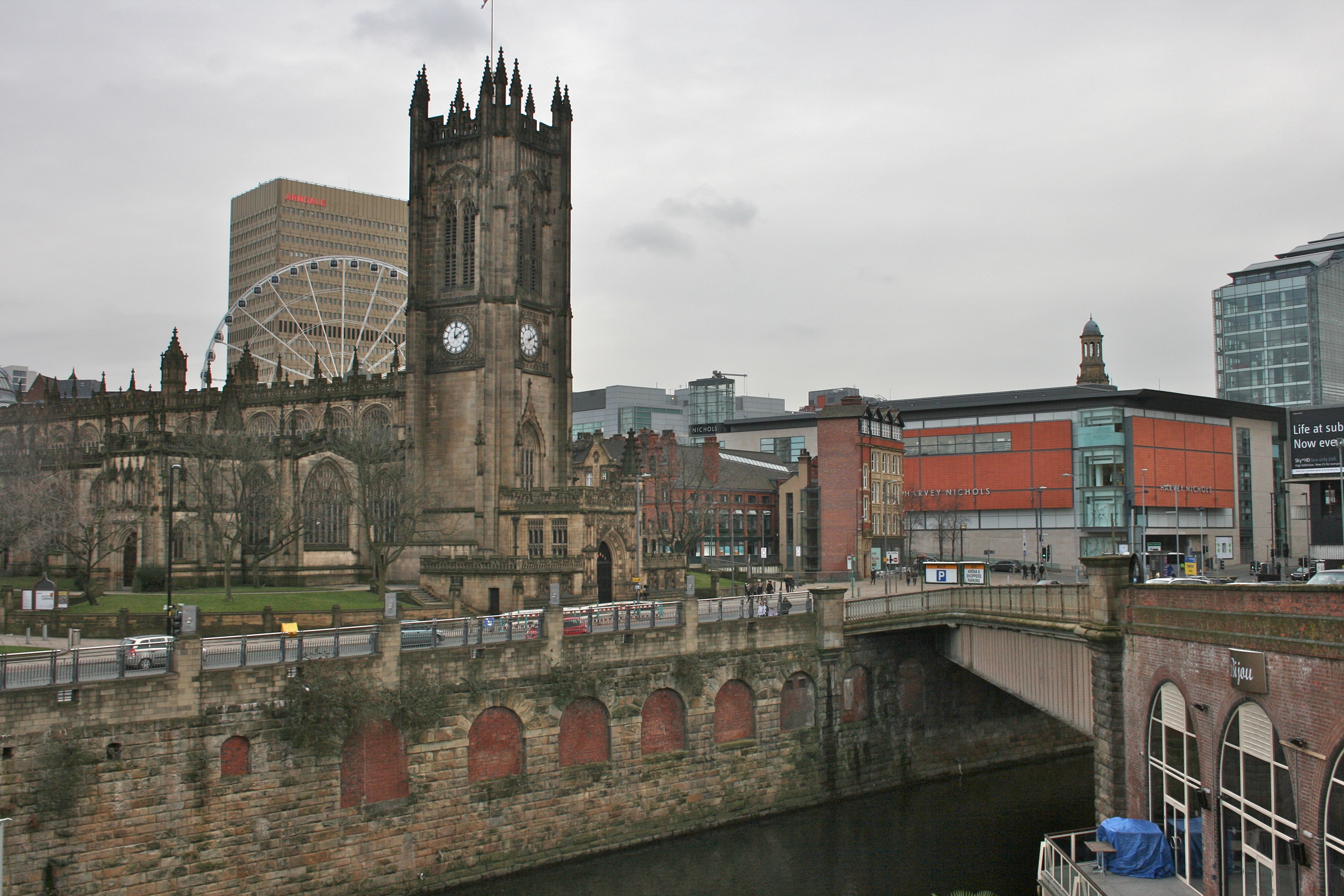 Manchester is a city in Greater Manchester, England. It had a population of 547,627 in 2018. It is bordered by the Cheshire Plain to the south, the Pennines to the north and east, and the neighbouring city of Salford to the west. The two cities and the surrounding towns form one of the United Kingdom's most populous conurbations, the Greater Manchester Built-up Area, which has a population of 2.5 million. The history of Manchester began with the civilian... Wikipedia