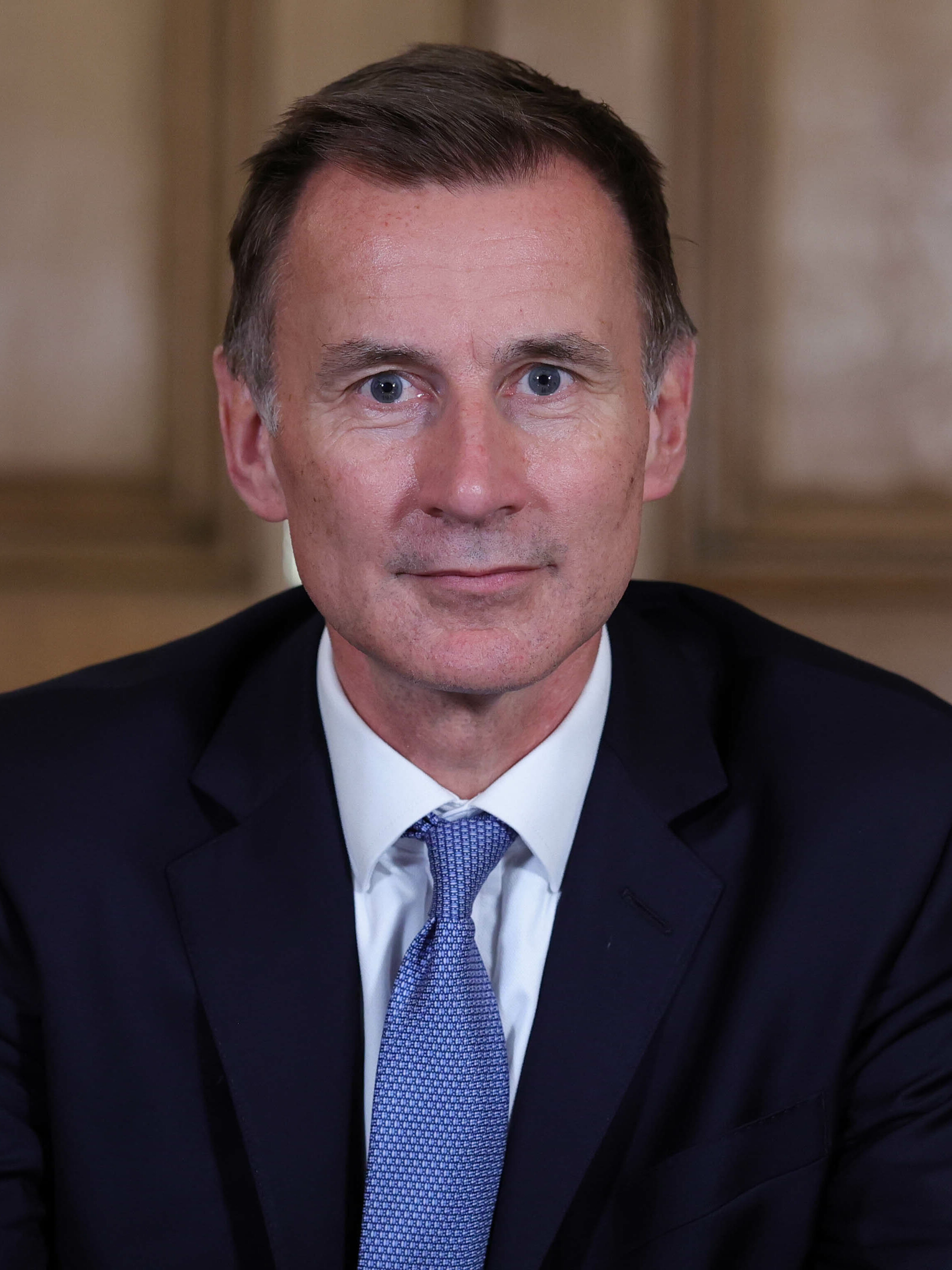 Jeremy Richard Streynsham Hunt (born 1 November 1966) is a British politician who has served as Chancellor of the Exchequer since 14 October 2022. He previously served in the Cabinet as Secretary of State for Culture, Olympics, Media and Sport from 2010 to 2012, Secretary of State for Health and Social Care from 2012 to 2018 and Foreign Secretary from 2018 to 2019. A member of the Conservative Party, he has been Member of Parliament (MP) for South West Surrey... Wikipedia