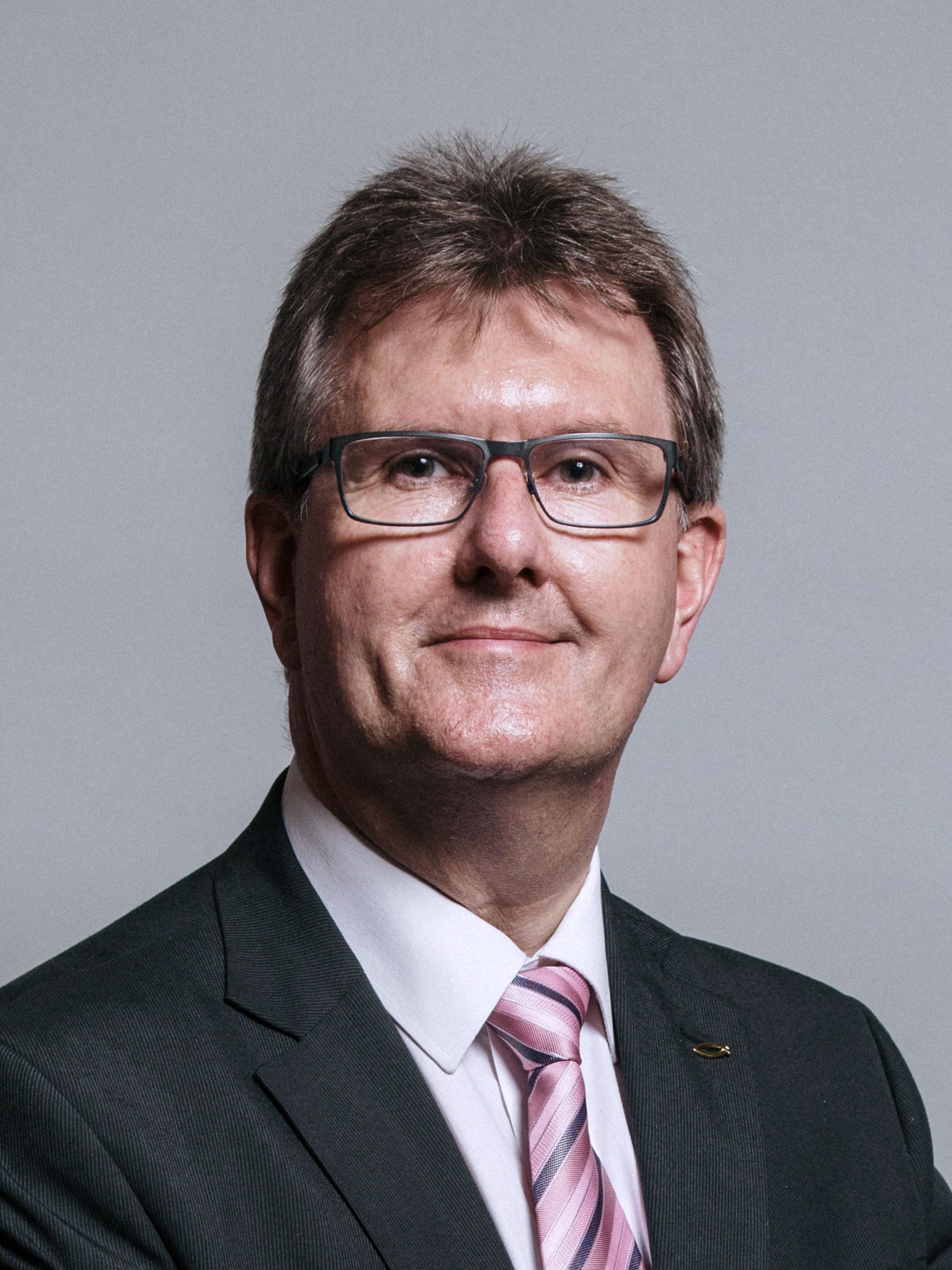 Sir Jeffrey Mark Donaldson (born 7 December 1962) is a Northern Irish politician who has served as leader of the Democratic Unionist Party (DUP) since June 2021. He has been the Member of Parliament (MP) for Lagan Valley since 1997, and leader of the DUP in the UK House of Commons since 2019. As of 2022, he is Northern Ireland's longest-serving MP. Donaldson is a member of the Orange Order and served in the Ulster Defence Regiment during the Troubles. He was... Wikipedia