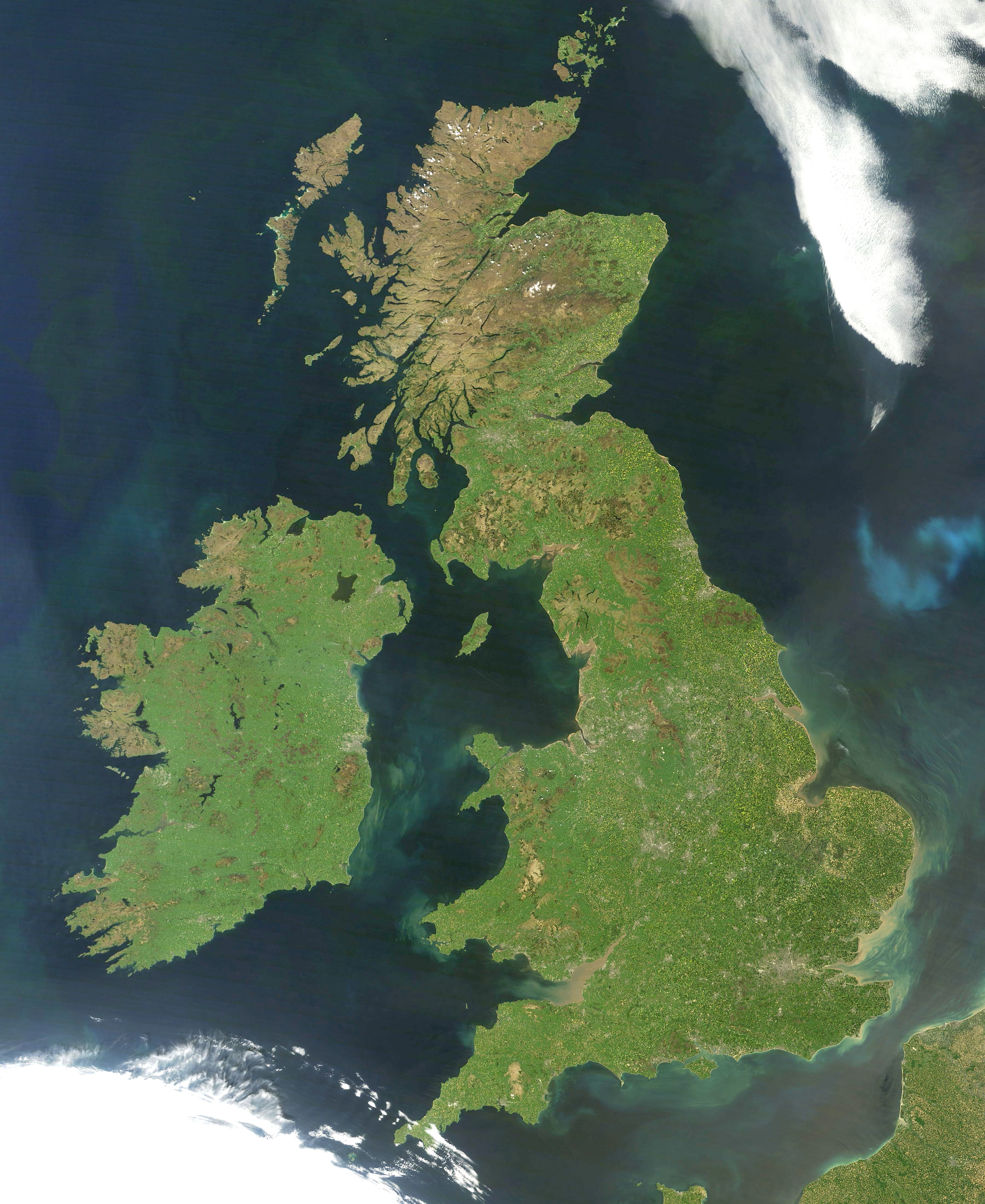 Great Britain is an island in the North Atlantic Ocean off the northwest coast of continental Europe. With an area of 209, 331 km2 (80,823 sq mi),it is the largest of the British Isles, the largest European island and the ninth-largest island in the world. It is dominated by a maritime climate with narrow temperature differences between seasons. The 60% smaller island of Ireland is to the west—together with these islands, along with over 1,000 smaller... Wikipedia