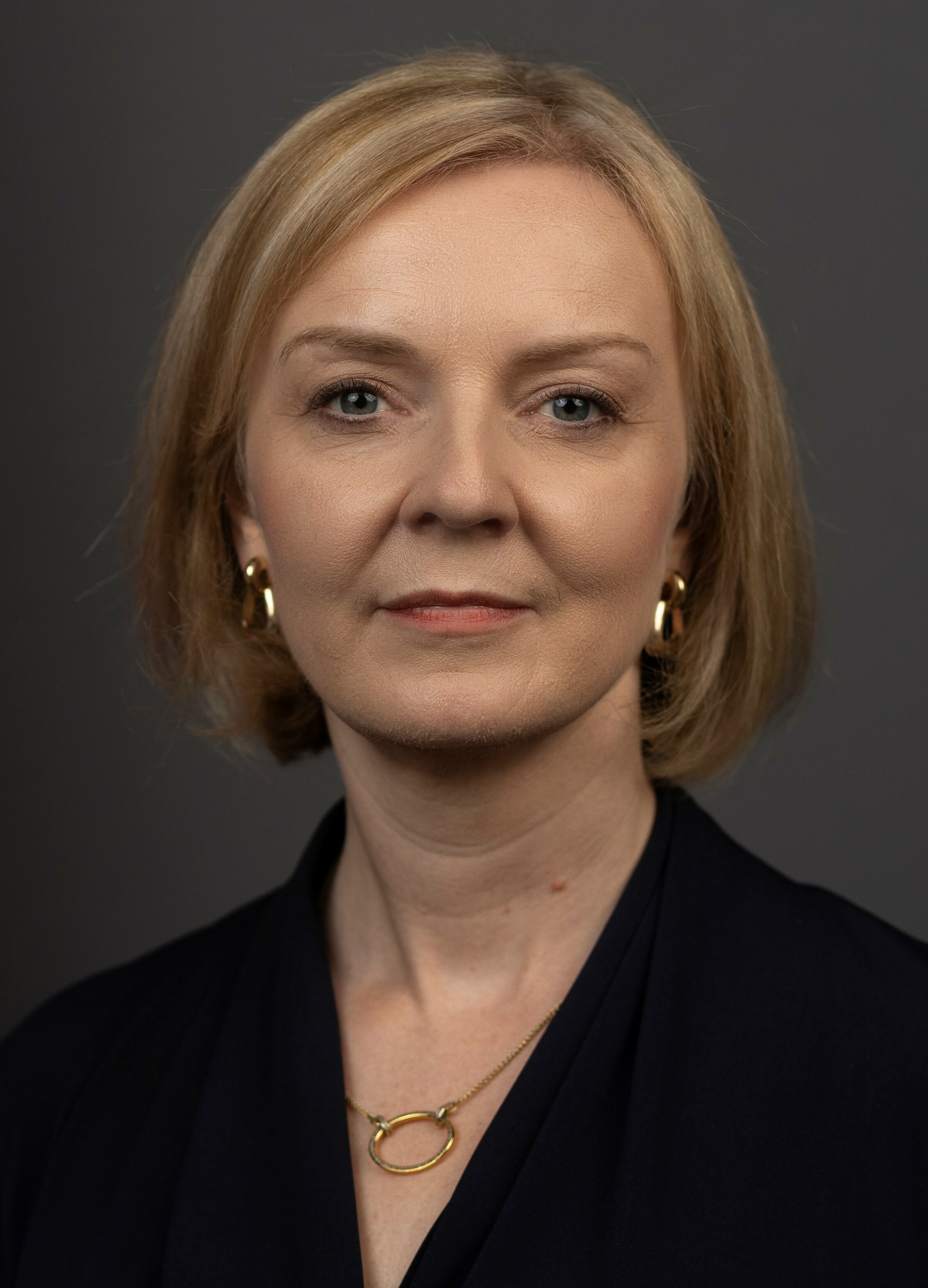 Mary Elizabeth Truss (born 26 July 1975) is a British politician who is the current prime minister of the United Kingdom and leader of the Conservative Party. First elected to parliament in 2010, she held various Cabinet offices under prime ministers David Cameron, Theresa May and Boris Johnson, most recently as foreign secretary from 2021 to 2022. She won the 2022 Conservative Party leadership election following Johnson's resignation amid a government crisis... Wikipedia