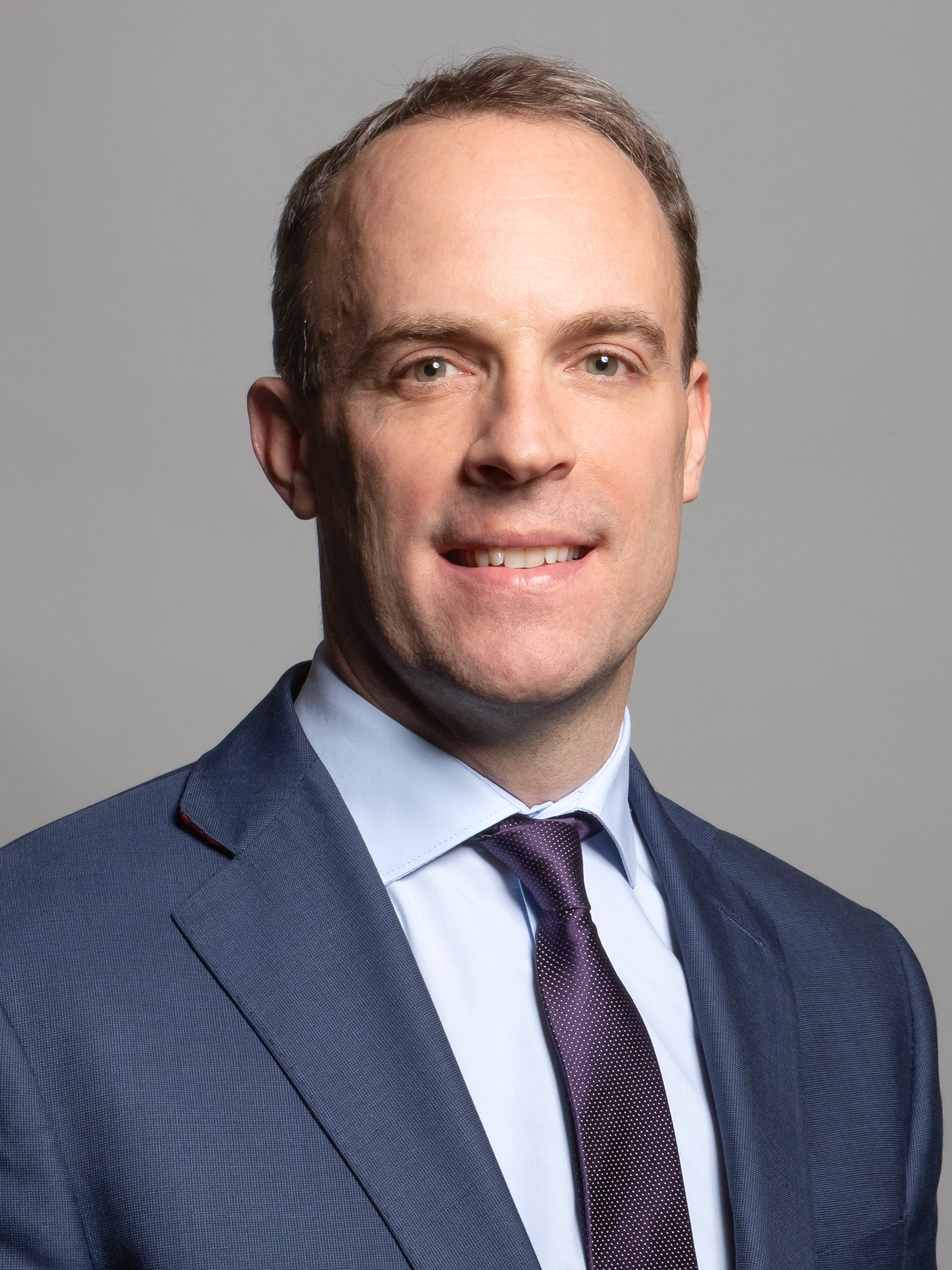 Dominic Rennie Raab (born 25 February 1974) is a British politician who has served as Deputy Prime Minister of the United Kingdom, Secretary of State for Justice, and Lord Chancellor since October 2022, having previously served from 2021 to September 2022. He has been Member of Parliament (MP) for Esher and Walton since 2010. A member of the Conservative Party, he served as Brexit Secretary in 2018 and as both First Secretary of State and Foreign Secretary... Wikipedia